The UHI (Urban Heat Island) Effect refers to the phenomenon that the in-city temperature is higher than that of its outskirts, caused by large volumes of artificial heat, heat retainers like buildings and roads and decreased greenbelts. In recent years, the phenomenon has appeared in more and more cities worldwide in the background of global warming, expedited urbanization and environment deterioration. The UHI Effect has also aroused more concerns and became one of the big issues to be addressed in the research of urban climate and environment.
Impacted by the Effect, increased clouds and fog up above the city aggregate more harmful gases and smokes, which gives rise to severe air pollution. Medical researches show that environment temperature is in close link with human’s physiological activities. People would feel uncomfortable in a temperature of 28 Celsius degrees; get restless, feel sick and develop mental disorder above 28 Celsius degrees; while if it is higher than 34 Celsius degrees, diseases like heart attacks, cerebrovascular and respiratory system diseases would have higher incidence rate, leading to an increased mortality. Moreover, high temperatures foster photochemical reactions, raise the concentration of harmful gasses in the atmosphere and further do harm to people’s health.

The HUI effect not only influences people’s life quality but also restrains the city’s development, hence the importance of the research to mitigate the effect and maintain sustainable urban development.

Analyses and Assessments of UHI by Remote Sensing (RS) Imagery

We will demonstrate how the RS technology functions in UHI effect of the Changchun City.

The raw data from satellite imagery is applied to reversely deduct the urban temperature of Changchun. The results will be used to monitor, evaluate, and analyze the cause of UHI effect, and provide suggestions to alleviate the UHI effect and to create a livable city.

Surface temperature of Changchun downtown is reversely deducted in July 2016,July 2014, September 2015 and September 2013, and results are as follows:

(1) Changchun has a relatively stronger UHI effect in summer, and the urban temperature is significantly higher than that in the suburbs in September. The effect is weaker in autumn.

(2) The UHI effect is elevating year by year. Compared with data of July 2014, the city’s overall surface temperature increased in 2016 and rose even faster in heated urban areas, which shows a widening temperature gap from the suburban ones.

(3) UHI effect of Changchun in autumn is significantly changing. Compared with September 2013, the gap between high-temperature areas and surrounding areas is enlarged notably in 2015. 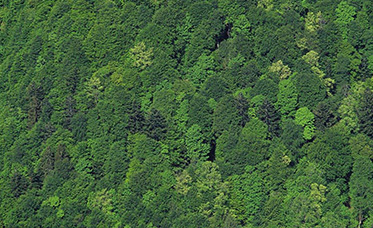 The superiorities of the satellite remote sensing (RS) technology lie in the macroscopic view, dynam 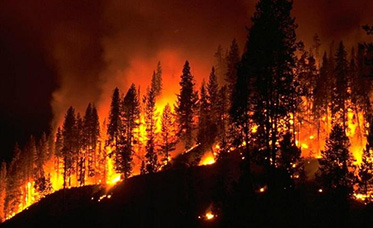 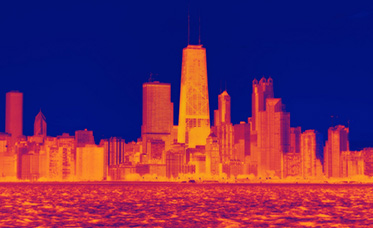 The UHI (Urban Heat Island) Effect refers to the phenomenon that the in-city temperature is higher than that of its outskirts, caused by large volumes