According to Xinhua News Agency, on July 5th, the Chinese Consulate General in Songkhla, Thailand confirmed that two sightseeing boats which carrying 127 Chinese tourists were wrecked near Coral Island and Matong Island in Phuket. Up to now, the death toll in Thai boat accident climbed to 40, the Harbour Department announced at 1:26 pm on Friday.

The maritime accident involved two sightseeing ships, namely “Phoenix” and “Senalika”. “Senalika” sank near Maithon Island on the southeast of Phuket. It carries 39 tourists and 2 crew members. Fortunately, all the tourists and crew on the ship were rescued without casualties. “Phoenix” sank under the sea near Coral Island, carrying 105 people, including 93 tourists, 12 crew members and 2 guides. Unfortunately, only 51 people were rescued and 50 Chinese tourists died or disappeared.

However, why is there such a big storm around Phuket?

As tourists know, the period from June to September is the rainy season in Phuket. During this time, rainfall in Phuket increased, causing the rising sea level, changes in sea surface pressure and formation of cyclone nests. So during this time, the Andaman coast of Thailand was often harassed by storms and waves. 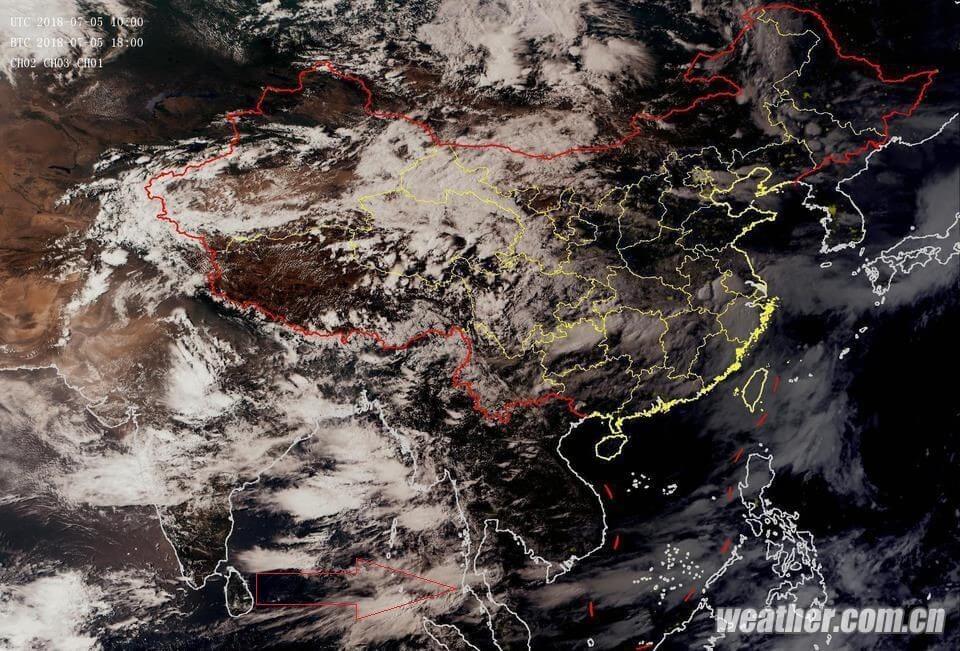 This cloud map indicates the weather condition at the time of the shipwreck. [Photo/China Weather Network ]

In addition, the climate of Phuket is the tropical monsoon climate and it is very close to the location of tropical cyclones, which is one of the most destructive weather in terms of geophysical environment. Strong tropical cyclones not only form squally winds and huge waves, but also are accompanied by heavy rains and storm surges, causing serious disasters.

Is the bad weather the only culprit behind the shipwreck accident? No. This shipwreck accident is a natural disaster but more a man-made disaster. After the annual rainy season, the Thai Maritime Safety Administration will warn the sightseeing ships according to the daily weather forecast. The Phuket Disaster Prevention and Mitigation Department issued a reminder on July 4th that there would be large rainfall in some parts of the Andaman coast and the southwest wind is expected to be 20-40 km/h (about 6 gale). It was expected that the waves would reach 2 to 3 meters high and even more than 3 meters during thunderstorms. 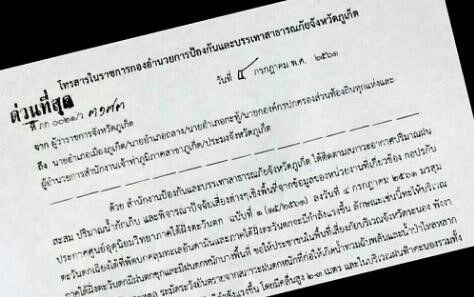 So how does Thailand deal with the shipwreck accident and what is China’s reaction?

According to Phuket news, on July 6th, more than a dozen of large ships and five helicopters were deployed to search for the victims. The Air Force of Thai also arranged a number of pilots to stand by to ensure uninterrupted searches. The search was divided into three parts: the first is to search the nearby area of the wrecked island; the second is the nearby area of the wrecked ship; and the third is to arrange divers to search under the sea of the wrecked ship. Thailand’s Minister of Tourism said that the Thai side attached great importance to this accident. At present, the Thai military was still conducting patrol search and rescue 24 hours a day, and expanding the search scope to the sea areas of Krabi, PhangNga and Trang in the direction of ocean currents.

At the same time as the shipwreck rescue in Phuket continued, on the morning of 8th, two rescue teams from China joined the rescue and salvage work organized by the Thai side. One is a 12-person rescue team from the Guangzhou Salvage Bureau of the Transportation Department; the other is the rescue experts from China’s Zhejiang Rescue Team of Ramunion, a local civil rescue organization, which were approved by Thailand’s military to start search for missing tourists on Sunday morning. The Chinese search and rescue experts carried professional equipment such as compressed air machines and gas cylinders, and arrived at the accident sea area by rescue boats provided by the Thai side. On the afternoon of the same day, the rescuers first put the underwater side-scanning radar sonar into the sea and confirmed the location of the shipwreck. Subsequently, the rescue experts placed the underwater side-scanning radar sonar again in the position of the shipwreck. According to the introduction, the underwater side-scanning radar sonar carried by Ramunion can scan the dynamic terrain within 20 km of the seabed. Through surveying and mapping, it can check suspended objects including the drowning victims and provide geological survey for future salvage vessels and environmental indicators for deep sea divers. According to the person in charge, the data can be used as accumulated materials for future investigations of overturning reasons and accountability.

Both Thailand and China hoped to save more victims during the three-day best rescue time. Lü Jian, Chinese ambassador to Thailand, met with Thai Prime Minister Hakyu and expressed his condolences to victims and their families of this shipwreck. He said it was still the critical period for rescuing and both China and Thailand would make a 100% effort to search for the missing victims.

However, maritime rescue work is a time-critical, heavy-duty job with a high risk factor. Since the rescue work is carried out at the sea, the entire process requires being “fast”. In the event of a shipwreck, rescuers urgently need to know the location of the victims. Therefore, how to quickly identify and locate the victims is an important part of the entire rescue work. The traditional way of rescue, as used in Thailand, is to send a large number of search and rescue boats to search for victims on the vast sea surface. This method is not only costly, but also easy to exhaust the most valuable rescue time because searching for the missing tourists on the broad sea with limited ships is undoubtedly like looking for a needle in a haystack. Victims closer to the accident area may be found firstly, but those who continue to drift with the currents can only wait for the death. Therefore, we must adopt higher-tech means to assist the traditional rescue methods, so that maritime search and rescue operations are more oriented and more purposeful. Remote sensing satellite can obtain large range of data in a short time, break through the environment restriction, especially the high-resolution satellite with better resolution than 1m. It can obtain high precision image information of the target area, identify the situation and position of the target area, and provide important guidance for the rescue work.

In the field of remote sensing satellites, Changguang Satellite Technology Co., Ltd. can be said to be the leader. It independently developed and operated the Jilin- 1 satellite constellation with 10 satellites in orbit which can revisit any place in the world twice a day, has the world’s leading revisit period, and are able to track and photograph the accident area with high-frequency images and videos. What’s more, the satellite panchromatic resolution is better than 0.7m, and the multi-spectral resolution is better than 3m. It can clearly see the objects on the sea surface, and it is convenient to analyze the image in depth and locate victims.

Therefore, we can first use the remote sensing satellite to photograph the locations of the two cruise ships——Coral Island and Matong island, and locate the victims near the accident site to ensure that the rescuers reach the victim’s position as quickly as possible. Then, using the satellite to photograph the sea areas far from the accident site, and locating the large drifters (lifeboats) on the sea surface or gathering victims who survive on life jackets. After locating the victims in the distance, the search and rescue team can rely on helicopters, speedboats and other fast-moving vehicles to rescue. The above process can be completed in a short time, greatly reducing the search and rescue time. 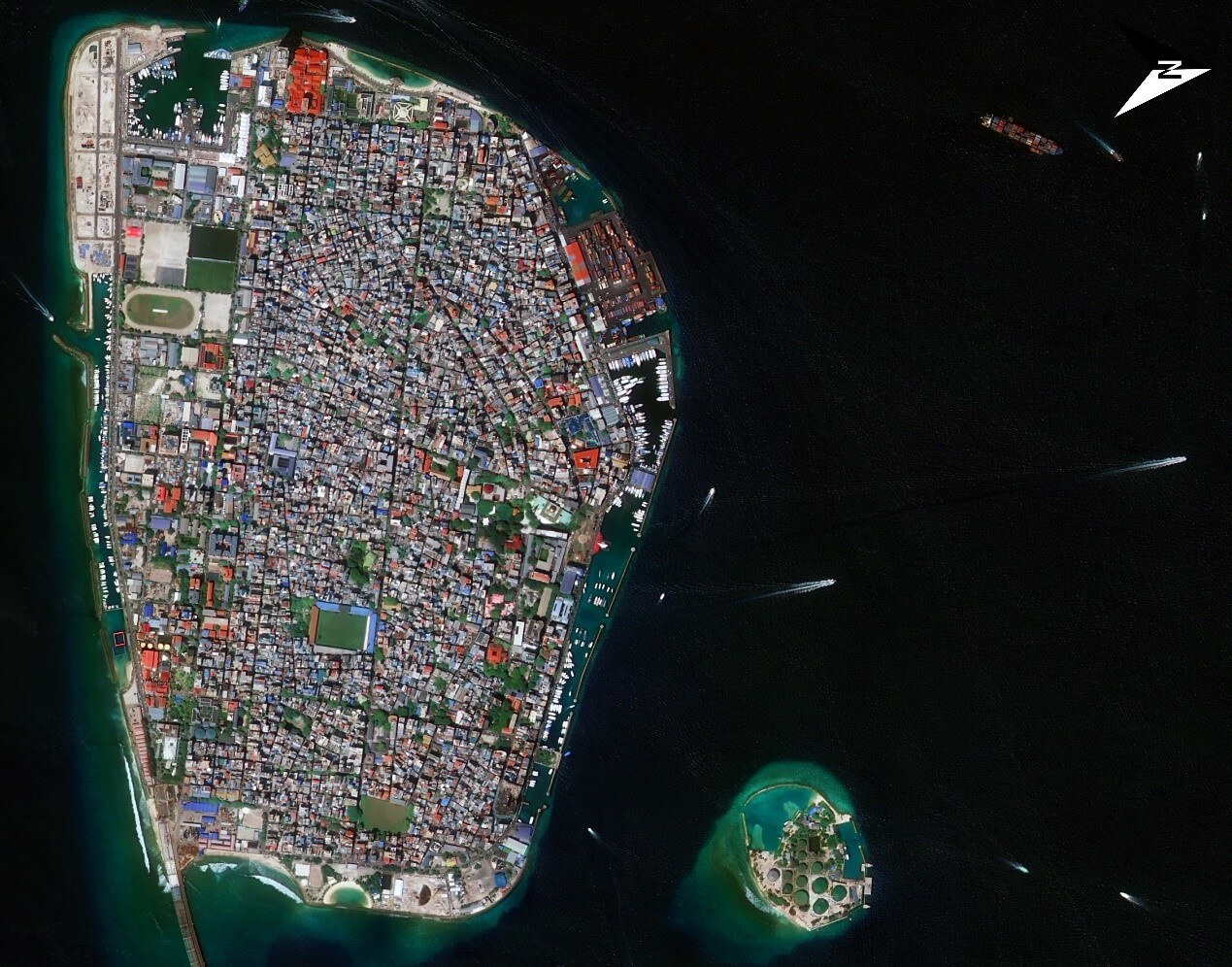 According to the satellite remote sensing images obtained from the accident area, in the air, we can also use Jixiang-F90, a combined type of drone developed independently by Changguang Satellite Technology Co., Ltd. to search for the targeted accident area and get accurate information in real time to reduce the error rate of satellite images and guide the rescue work in all aspects.

Jixiang-F90 is produced with composite material technology and streamlined design. In terms of its power, the drone is equipped with a two-cylinder gasoline engine as the power for fixed-wing cruise, and four electric motors as the power for vertical landing. Jixiang-F90 adopts four-rotor vertical take-off and can fly for 4 hours continuously. It can cooperate with the ship and effectively expand the search and rescue radius. Meanwhile, it has the ability to perform tasks in bad weather such as rainy days, nights, and severe cold, and is able to withstand the wind of 5 levels. It uses dual GPS and RTK, and has high positioning accuracy, which can quickly locate the target position information. Jixiang-F90 equipped with Jixiang P-10 light and small three-line array camera can provide panchromatic, R, G, B near-infrared, red-edged and other six kinds of images. Its performance indicators reach professional measuring camera level, which supports high-definition aerial images with a height of 1454m and a width of 2400m. Jixiang-F90 can provide real-time multispectral image data products of the accident area with high spatial resolution and large swath width for the rescue team.

This video content shows Jixiang F-90’s automatic tracking shot of ground vehicles. From the perspective of the clarity and resolution, Jixiang F-90 can easily find lifeboats during sea rescue, even for the single drafting victims. UAV technology combined with remote sensing satellites can make up for the insufficient accuracy of satellite images, aiming at searching for the individual drifting victims, making the rescue at sea more structured and efficient, and significantly improving the rescue capability of long-distance individual victims. [Photo courtesy of Changguang Satellite Technology]

According to the latest report from People.cn, the weather in the sinking area of this accident had suddenly changed, and there suddenly happened a heavy rain at the rescue site which had made the rescue work at sea extremely difficult. However, the Chinese and Thai rescue teams had been still insisting on salvaging and searching for the remains of the victims. Under this kind of condition, using drones to assist rescue work is undoubtedly the best way. Jixiang-F90 drone can not only help the rescue team to eliminate the drift of non-victims, reduce the search and rescue time, but also work long hours under harsh conditions such as nighttime, greatly improving the efficiency of rescue operation, providing a reliable basis for the follow-up rescue work, so that people can complete the search and rescue work as soon as possible, and reduce the sacrifice of personnel in maritime accidents. 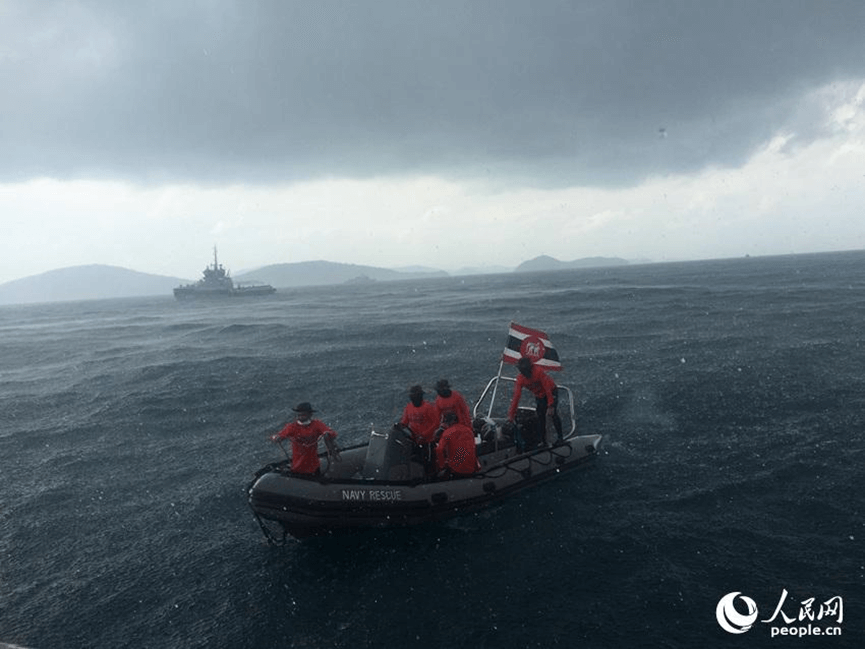 A rescuing boat on the sea. [Photo/People.cn]

There is no big deal outside of life and death. Changguang Satellite Technology Co., Ltd. hopes to make best use of its products of advantageous charactersto provide new ideas for maritime rescue. At the same time, Changguang Satellite Technology Co., Ltd. also hopes that the victims in this shipwreck can be rescued as soon as possible and the rescued people can return home healthily and smoothly. 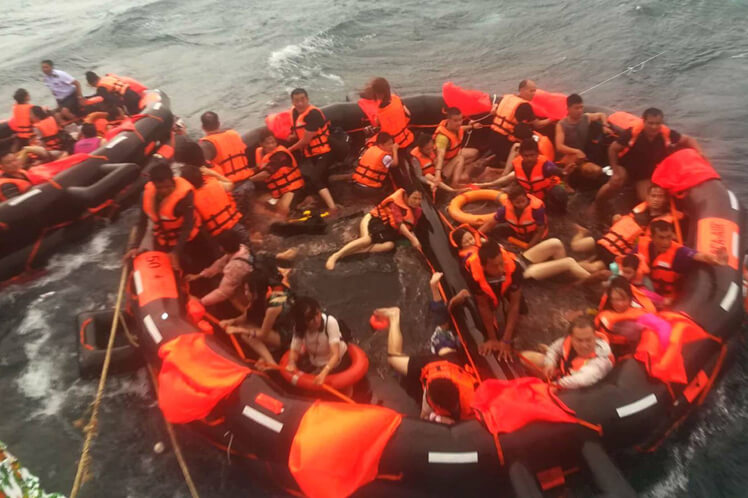 The rescue work of the “Phuket Shipwreck” in Thailand is still being tensely carried on. To save more lives in a more efficient way is extremely important. So what else can people do al

The rescue work of the “Phuket Shipwreck” in Thailand is still being tensely carried on. To save more lives in a more efficient way is extremely important. So what else can people do al